I flew back from Nova Scotia Saturday night on a Q-400. My seat was right under the wing, so I could watch the landing gear. The wheels on the landing gear weren't rotating until the instant they touched the runway - then they accelerated instantly in a puff of black smoke.

This seems like it would be rather hard on the tires. Googling showed that the tires need to be replaced every 125 landings, at $1000 per tire. That would add $32 to the cost of each flight.

If we could get the tires spinning before the aircraft touched the ground, we could probably make the tires last longer. We could also reduce the risk of a tire blowing out upon landing.

We could spin up the wheels using a hydraulic actuator or an electric motor. However, either option would add weight (increasing fuel costs), and add complexity (increasing maintenance costs).

When the landing gear descends, the aircraft is moving through the air at up to 215 knots. What if we used the air blasting past the tires to start them rotating? What if we made hubcaps for the tires with wind vanes to catch the breeze?

It turns out other people have already thought of that. There are dozens of patents for hubcaps for aircraft tires that will catch the wind and start the wheels spinning. There was even a proposal to include wind scoops in the treads of the tires on the Space Shuttle. These solutions are lightweight and nearly zero-maintenance.

So, if this idea has been thought of before, why are airlines still burning rubber every time they land a plane?

It turns out that aircraft tires can exert impressive gyroscopic forces once you get them spinning. Maneuverability is critical when an aircraft is taking off or landing. When pilots need to suddenly turn their aircraft, they don't want to have their tires fighting their every move. On some aircraft, brakes automatically engage when the landing gear retracts, to kill the angular momentum of the tires. On other aircraft, pilots will tap the brakes once the wheels lift off. So, any attempt to spin up the tires before landing would infuriate pilots.

So it wasn't a good idea after all. But I had fun learning about things while I looked intoit.

anton_p_nym posted a link to a New York Times article about US refugees sneaking across the border into Canada.

As the family approached the border, a member of the Royal Canadian Mounted Police told them it was not legal for them to enter here. If they continued, he said, they would be arrested.

“I apologize about this,” the man replied, his voice unsure, “but I have to break your rules.”

The couple hopped across a narrow, mucky creek that divides the two countries. A Canadian officer gently grabbed the woman’s left arm as she held her son in the crook of her right arm, helping her up.

That family managed to escape safely from the US. However, not everyone is lucky enough to cross in good weather, in spots where they can be met by local officials.

A two-year-old member of a large group of refugees who walked into Manitoba from Minnesota on Saturday told his mom he wanted to die instead of finish the walk, a refugee from the group says.

And other refugees escaping from Minnesota have lost fingers and toes.

We really need to change the law and let US refugees apply for entry at regular border crossings. It'll be safer and more convenient, and it's the humane thing to do.

TL;DR: I'm getting evicted, my apartment is being replaced with condo towers, but I'm happy about it.

The evening of March 2, the remaining tenants in my building attended a tenants-only meeting hosted by the city. The owner of my apartment building has applied to tear it down and build condos.

My landlord tried to sneak in, and looked at me with a hurt face when I called him out. "But I live there too", he said. Except that the meeting was also our opportunity to report to the city about his illegal activities. Apparently the bookkeeping has been fudged excessively, and he has been overcharging all the other tenants for things not permitted by the Residential Tenancies Act. And demanding payments in cash, which don't end up recorded on the books. I felt bad anyway when the city organizers kicked him out.

Apparently the city does not like landlords who violate zoning laws, building codes, city work orders, and tenant's rights. They are imposing requirements on the building owner that are stricter than provincial requirements.

In the autumn, I will receive a notice from the landlord stating when I have to move out due to demolition. The earliest date for demolition will be January 2018. Along with the notice, I get three month's rent, plus moving costs (about $1500). The landlord initially wanted this payment to be "minus any fees owed to the landlord". After my city councillor heard about the illegal fees he had been charging, he told the city to require the money to be paid directly; if the landlord wanted to charge any extra fees, he could convince a court they were warranted. I can move out any time between receiving the notice and demolition, with only ten days notice, and still get full compensation.

Six months before the new condo tower complex is completed, the building owner will send me floor plans and offer to let me move into a newly-built unit for cheap rent. There's a complex formula that takes into account the differences in number of rooms and annual rent increases, but basically in 2021 I'll be able to move into a three-bedroom apartment for only $900 a month! According to the CBC, the average cost of a one-bedroom apartment in Toronto right now is $1800.

It has to meet certain size requirements, and have a kitchen, so the owner can't stick me in a storage locker. That price is locked in for 20 years, with a 1-3% annual increase per year based on provincial guidelines. And it will have air conditioning! And an elevator! And a laundry room with a window! And a balcony! And working heat! And working plumbing! PLUS the owner has to give me money to cover my expenses in moving back in!

I'm going to have to find a new home for three years. After that, I'll be able to rent a much nicer place than I have now, at a rent that is incredibly cheap by Toronto standards!

Ice storm knocked out power to the neighborhood. Will catch up with lj when it is restored. Only able to check email briefly at local restaurants.

"Canada also noted last year that it had more Sikhs in its cabinet than India did.
-- Nicholas Kristof, "Canada, Leading the Free World," The New York Times"

Canada has four Sikh Cabinet ministers, twice as many as India, and 17 Sikh Members of Parliament.

This reminded me of a discussion that

gonzo21 and I had recently, about how surprised I was when I learned other details about Canada's Cabinet Ministers.


Our Minister of Immigration, Refugees and Citizenship is an immigrant, who was a refugee from Somalia before becoming a Canadian citizen.

Our Minister of Agriculture and Agri-Food is a farmer.

Our Minister of Health is a medical doctor.

Our Minister of Transport is an astronaut.

Our Minister of Defence is the first Sikh-Canadian to command a Canadian regiment.

Our Minister of Sport and Persons with Disabilities is a competitive swimmer who is visually impaired.

Our Minister of Science is an actual scientist.

Our Minister of Status of Women is *gasp* a woman.

.... it's as if they actually read people's resumes before handing out cabinet positions, instead of just handing them out to key fundraisers. 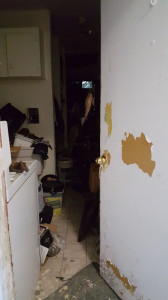 This is my next-door neighbour's apartment. In summer, lots of stench comes from here, as the tenant (the former property manager) always leaves the door open. I told my landlord that I thought the smell was coming from the raccoons going inside and peeing inside at night. He investigated, and said it wasn't from raccoons.

When reading a news site, I had to answer a survey before I could see an article. The survey asked some questions about government infrastructure funding in Ontario. An example question: 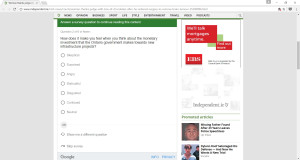 "How does it make you feel when you think about the monetary investment that the Ontario government makes towards new infrastructure projects?"

I have four old towels. Two of them are more than a decade old. The edges are frayed, and they are shedding fibres. Every time I do laundry, I have to spend half my time brushing towel lint off my clothes. Every time I shower, I leave towel lint on my bosdy. But the towels still work at drying me off, so I've been putting up with them.

My grandmother gave me a new towel from Christmas. Normally I would save it until my other towels disintegrated, and only then start using it.

But today, I'm dropping the old towels into the donation bin on my way to visit Sandy, and will only use good, non-shedding towels from now on.

Does anyone in the Toronto area want any of this stuff?

- Two rolls of white Contact shelf-liner paper (one partially used)
- Power meter - see how much electricity your appliances are costing you (needs new button battery)
- Yeast Flakes - a low-fat alternative to sprinkling cheese on your pasta (missing one scoop. Does taste like cheese, but doesn't melt like cheese)
- Kickstand for bicycle - missing the fastening hardware
- Panda mini-washing machine - for parts only. The motor doesn't work any more, but the tubes and other parts are fine.
- Plastic drop sheet - 10' x 25' - still in bag
- Insulation made from recycled denim - three rolls still in bag - each 2x16x48" (plus one leftover scrap)
Collapse